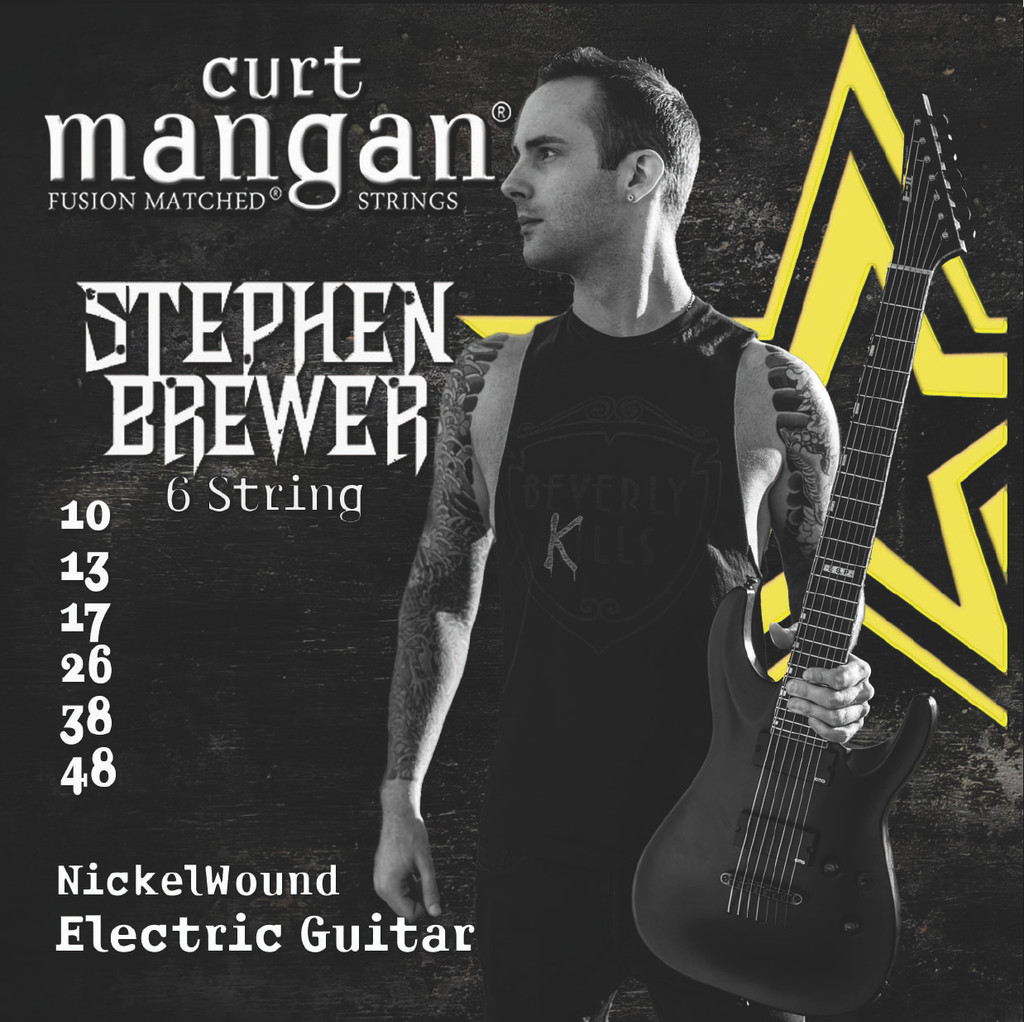 Hands down the best feeling and sounding strings you&#039;ll ever put on a guitar.

I happened along these strings as I was searching for particular gauge sizes. I love how it is so easy to custom build your own set, yet I found these Brewer strings and it was what I was looking for. I love the silky feel and the tone I’m getting from these. I’ve been using NYXL for a while as I was having some string strength issues. I was never happy with the feel or sound from NYXL. As long as these CM strings don’t have longevity issues, I’m hooked!

Have always used D’Addario strings on all my guitar strings. Needed to replace my strings on my Guitar as a regular maintence and a buddy of mine recommended Curt Mangan Strings order a set of Stephen Brewer strings and fell in love with them the moment I started playing they feel so great and sound amazing threw my EmG pickups and my EVH 5150. Will definitively order some more Stephen Brewer signature strings!!!

These strings are so smooth! Of my three guitars I have recently put Ernie Ball cobalts on two and needed stringing on the third. After putting Curt Mangan strings on one I wanted them on all lol. I cut the other strings off and used up my three pack in one sitting. I love the way they feel and sound against my active EMGs. I have an 81/85 set up and an 81/60 and these strings do everything the cobalts were doing. If you are playing a beefy rock noise and want that slick jazz feel for your fingers, Stephen’s custom gauges are perfect. 5 stars on sound 5 stars on feel 5 stars on SHIPPING 5 stars on playability Thank you guys again for an awesome product!