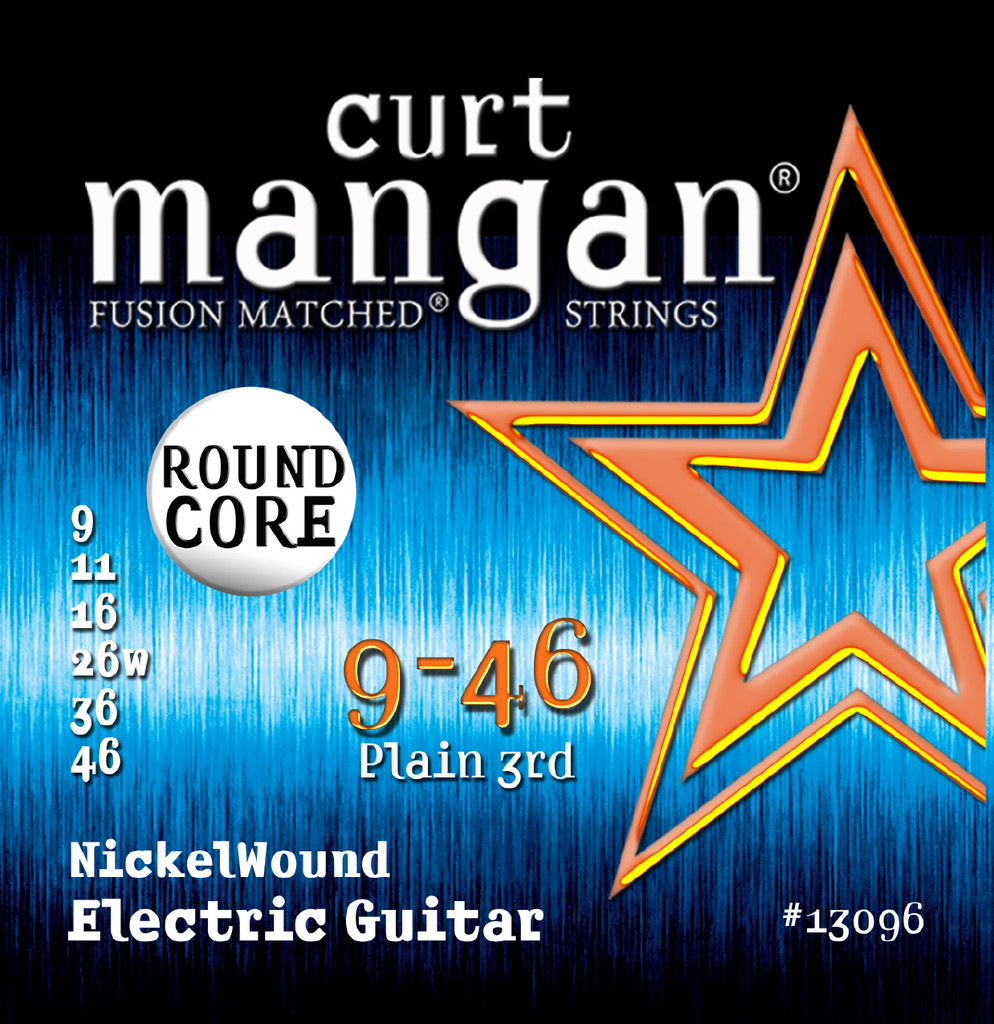 There was a magical time in music beginning in the Summer of 1967 with the Monterey Pop Festival which featured legendary guitar performances by Jimi Hendrix and Pete Townsend. Their performances started the first wave of iconic “Guitar Heroes” This group of new heroes also included Eric Clapton, Jimmie Page, Jeff Beck and many others. These players took guitar playing to an entirely new level of innovation. It was around this time that the guitar string industry switch from pure-nickel to nickel-plated steel for the cover wire on what is known as “nickelwound” strings, but the core wire used was still round. Round-core, nickel-plated steel strings became the most popular strings used until the string industry converted to hex-core beginning in the mid 1970’s. Our new round-core, nickel-plated steel strings are dedicated to this magical time in guitar history.

You will find these strings to have an elevated level of tonal response with a smoother feel when bending and using vibrato on the wound strings.

I usually use dr titefits and decides to try these based on reviews. The did not disappoint. Excellent prescence and clarity no other way to describe them. Great strings!

Read a review on TGP and thought I&#039;d give them a try. Got the nickel-plated steel wound 10-46. I&#039;m a tough sell when it comes to strings as I&#039;ve been playing for 35 yrs and have tried many. These are the bomb, great feel, tone, longevity and intonation. I immediately ordered a 6 pack then went to Curt&#039;s web site and got a 6 pack of strings ( kidding, just the strings)

Not Much Brand can compare with thats.

I´ve tried both Elexir and D´Addrio but these are just the best. I´ve never broken a string since I start to use them.

I have always used Ernie Ball strings in the past 3years, but after putting Curt Mangan on my Paul Reed Smith swamp ash my Guitar came to life. I will always use them in the future,also very fast shipping.

i was useing ernie ball colbats ,but the price got too high,i tried the 10-46 nickelwound and was pleasantly surprised on how great they sound they seem to have more output ,and ther is no icepick ,they have a nice roundness too them

I decided to string out these strings after reading several recommendations on forums - glad I did! I am a professional musician and could tell instantly that these are quality strings from the tone and tuning stability. After 40 years, I have no reason to look elsewhere for a better strings.

My luthier recommended this. He has been a luthier for about 35 years, and is the best one I have ever found. I thought - strings are strings. But these really sound better, and definitely last longer

I have, over the last 45 years, have used every string out there, from mapps and black diamonds to ernie balls and boomers, and these are, by far, the smoothest, nicest tone, simply the best strings I have ever used, and from now on, they are the only strings I will use..I&#039;ll be ordering 12 more sets very soon. Thanks for a Great product. Bob V.

My guitar stays in tune and Mangan strings keep the intonation consistent set after set.