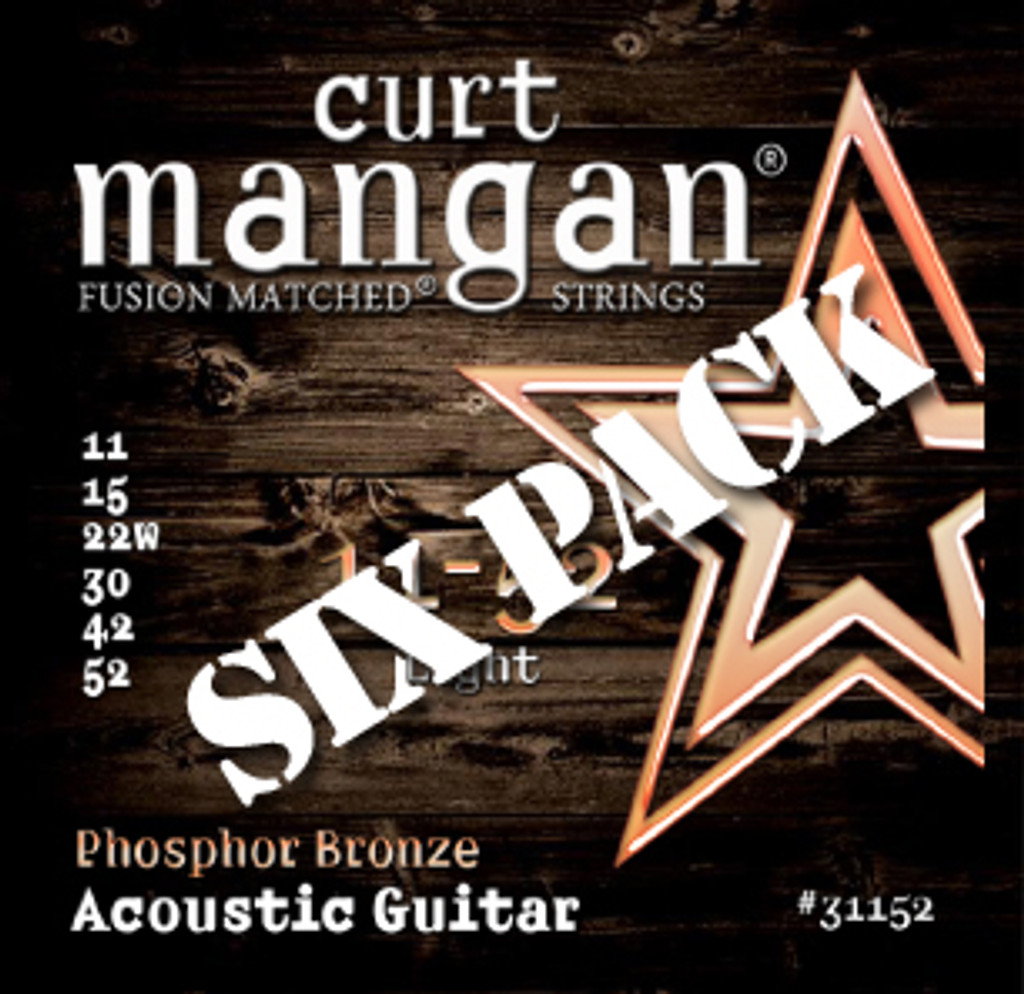 Phosphor Bronze wound strings were introduced in the early Seventies and have become the most popular acoustic string. Phosphor bronze wire is made from approximately 92% copper, 7% zinc and 1% phosphorous. Phosphor Bronze provides nice highs and lows, as well as pleasant subtle overtones. Phosphorous is used to help reduce tarnish and corrosion

Thanks guys. I love the sound of my new stings. So far so good. If they last as good as they sound I&#039;ll be buying more in the future.

They have out performed all other brands.

As a full time musician I need the best and most reliable strings out there. These are those strings. They hold their tone forever and last longer than any other string I&#039;ve ever used as well almost never breaking. Recently I had switched to d&#039;addario because I just couldn&#039;t find Curt Mangan anywhere near me and that was the biggest mistake ever. In one show I went through three sets of strings because I kept breaking them, which has never once happened to me while using Curt Mangan which is why I quickly switched back by ordering these. Also the feel of these strings is like no other. They have a silky feel and play fast. The tone is unmatched by anything and lasts so long it&#039;s insane. Overall these are by far the best strings on the market! Plus the six pack gives them to you at a discounted price which is just awesome!!