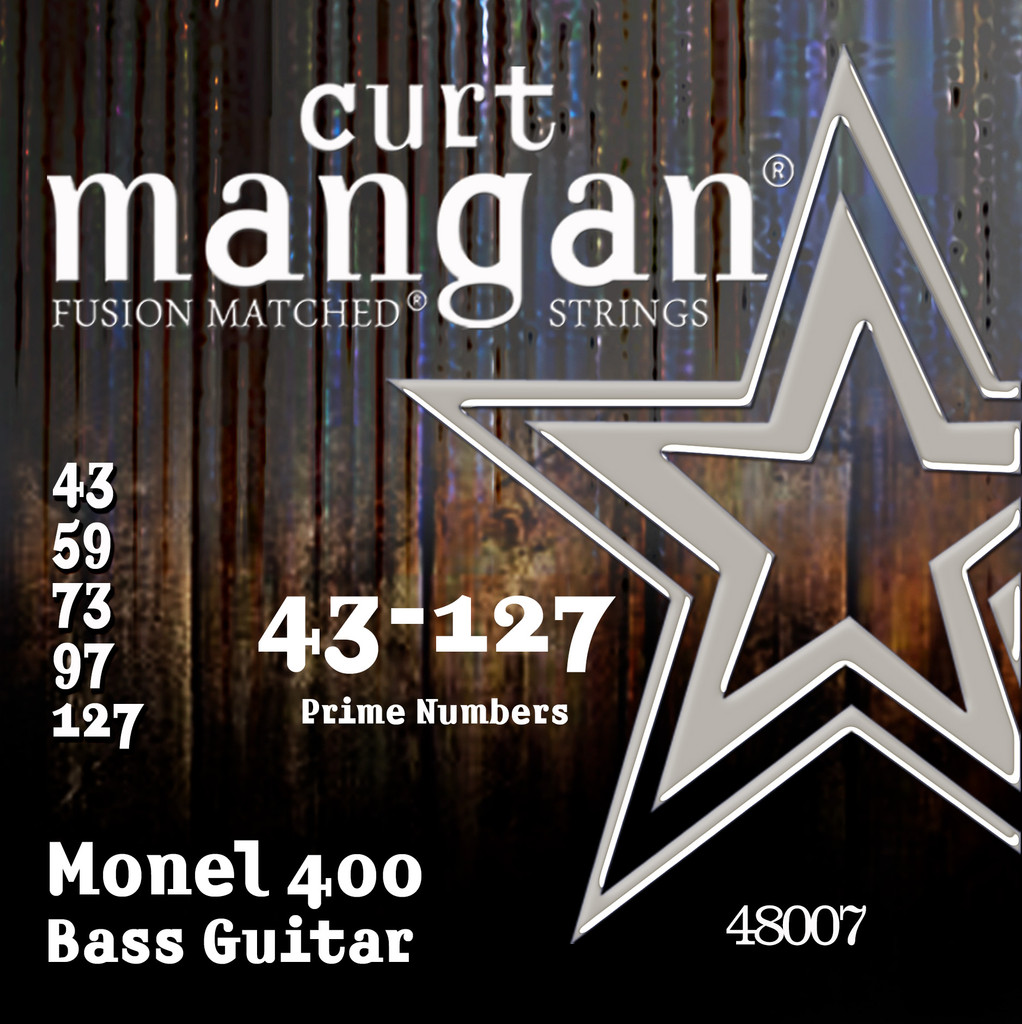 Monel is a "pricey" metal alloy that was specifically designed to resist tarnish, rust and corrosion in "sweaty, salty and steamy" environments. Monel is 67% pure nickel, 30% copper and 3% of a blend of other ingredients. Monel is used for ship and airplane parts, high-end trumpet valves, and even off-shore drilling rigs to name just a few applications. Monel has also been used for musical instrument strings over one hundred years. Monel can be used for both electric and acoustic instruments.  Monel has a unique tonal characteristic. Some acoustic players say it is "earthy" and brings of more of the wood's tone. Many electric players say it has a rich, smooth tone that has a growl to it.

Pythagoras was a Greek philosopher who made important developments in mathematics, astronomy, and the theory of music. The theorem now known as Pythagoras's theorem was known to the Babylonians 1000 years earlier, but he may have been the first to prove it.

Leonhard Euler, who is held to be one of the greatest mathematicians in history and the greatest of the 18th century, introduced much of the modern mathematical terminology. He is also known for his work in music theory.

It is believed that the use of joining prime number string gauges can enhance harmonic ratios and possibly even intonation.

Sorry, there are no reviews for this product yet.