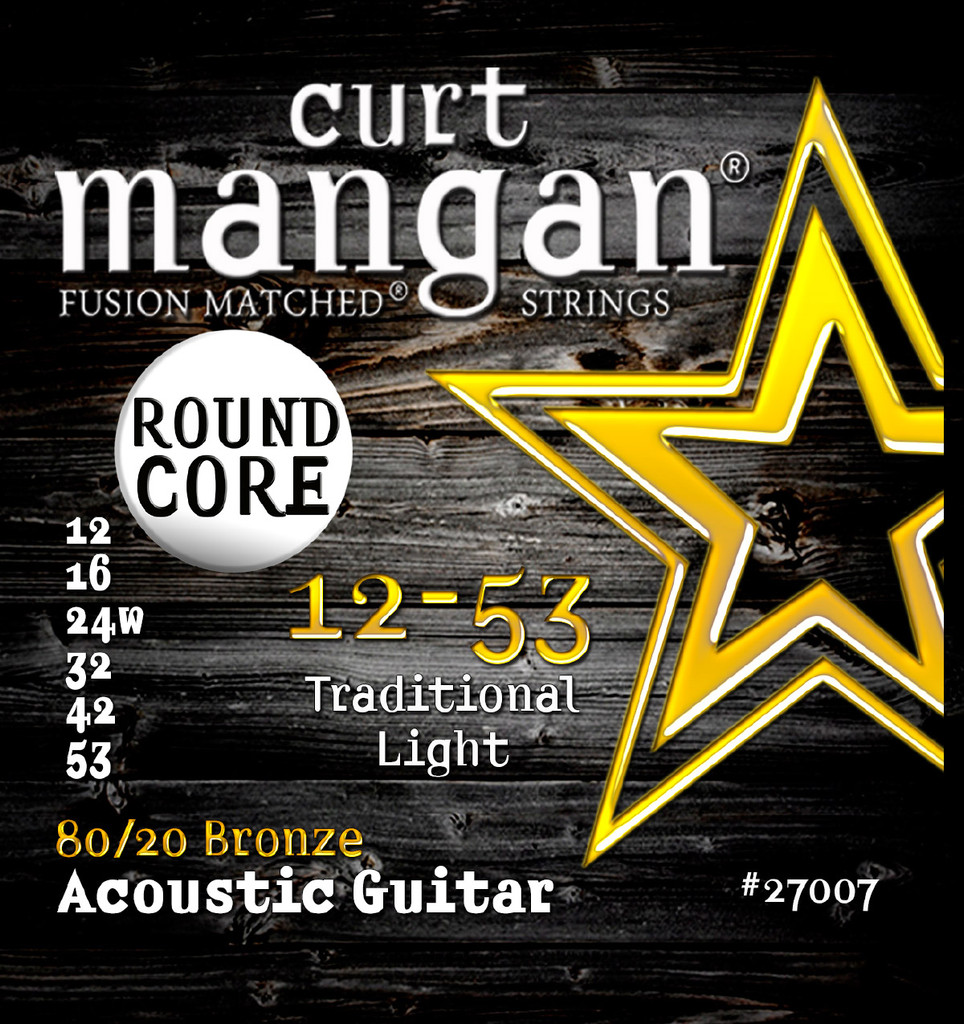 I&#039;m an Amazon &quot;Top 1000&quot; reviewer and I&#039;m known for no-punches-pulled reviews, not for raving about the products I&#039;ve evaluated. But when I put these strings on my Eastman 810-CE archtop, I was blown away. When played acoustically the upper registers were bright and clear, and the lower registers had an old-fashioned kind of &quot;snap&quot; that I&#039;ve missed with hex-core strings. I have been a big fan of Philippe Bosset strings, which are top-notch, but this set of Curt Mangan strings surpass even that lofty standard. I&#039;m going to order another half dozen sets for sure. These are easily the best strings ever for my archtop.

very cool strings - just got a fresh set up on my Martin HD28VS and had them throw these on. Rich subtleties These round core&#039;s vibrate in a different way. Feels like 1974 on the porch! Very pleased Curt Mangan!