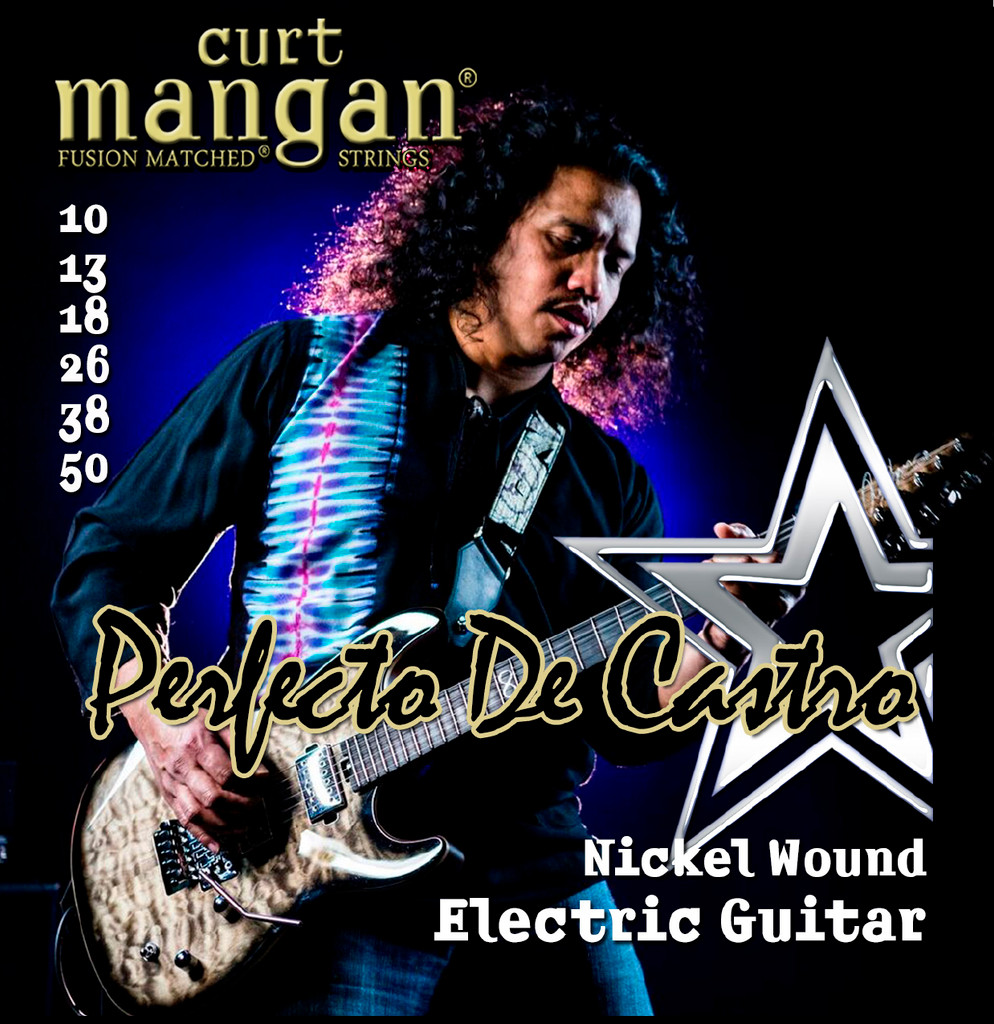 Perfecto De Castro is the quintessential guitarist’s guitarist. Well-versed in a multitude of musical styles, his affinity with the instrument is evident in everything he does; from unleashing an emotion-laden solo with an overdriven electric guitar, to navigating complex musical counterpoint on his 10-string classical guitar.

Perf, as he is known to Filipino music fans, is best recognized as the original guitarist for 90s Pinoy Rock supergroup  Rivermaya. Since his departure from the band he has added numerous credits to his wide and varied list of accomplishments; producing platinum-selling    albums by Wolfgang and Marc Velasco, lending his guitar wizardry to Philippine Music Icons Mike Hanopol and Francis M, and garnering awards such as NU 107’s Guitarist of the Year as well as Best Rock Instrumental Recording from Philippine Music organizations Awit and Katha.

Currently based in Los Angeles, CA where Perfecto maintains an active musical career teaching, recording and performing. His two solo 10-string guitar CDs “A Journey through 10 strings” and “CAPARISON” have been warmly received by fans and are currently available wherever music is sold. Perfecto performs regularly with the Filipino-American Symphony Orchestra and with his band, RockStallion, whose debut CD has sold out its initial pressing via their live shows alone.

Perfecto has used Curt Mangan strings since 2005 and is proud to be part of the Curt Mangan artist family.

Great string, was directed to Curt Mangan from a Perfecto video on YouTube. Love these strings. Can&#039;t say enough good things about them.

I have the pleasure of knowing Perfecto De Castro and I can guarantee his integrity... If he puts his name to it, it had BETTER be something special. These strings really are that!! I have so far tried them on my 25&quot; scale chambered RockBeach Cicada and even acoustically, it has really woken up this guitar! Don&#039;t let the heavier gauge fool you. There is still plenty of sparkle and just greater depth of tone without being dark. The G string stays intonated even when I am a bit heavy-handed without pulling sharp. Bends are not really different in feel than standard 10-46s. I am really looking forward to seeing what they will do on my 25.5&quot; and 24.75&quot; scale length guitars... For this Cicada, it is like they were made for it!! Thanks for letting me know about these, Perf!!