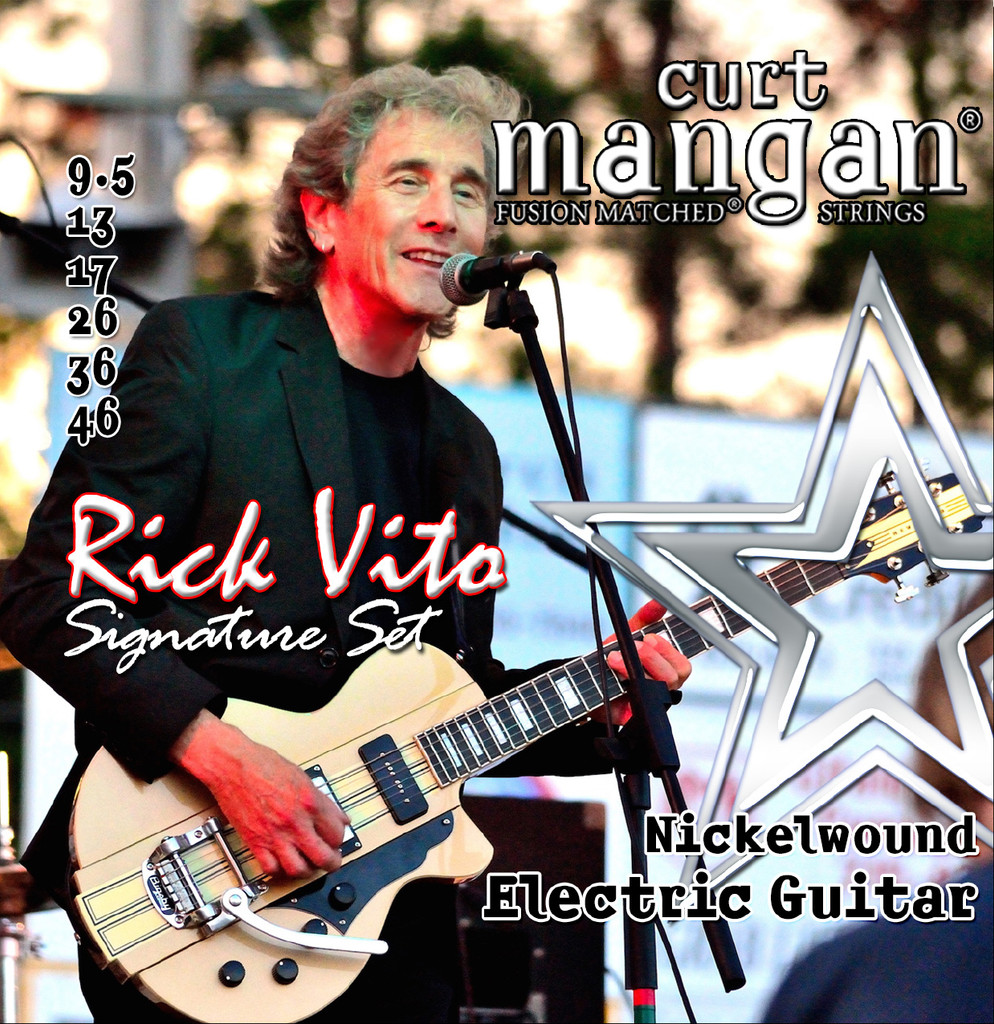 Grammy-nominated guitarist and performer Rick Vito has been active in the music industry since the 1970's, having worked as a solo artist, session musician, and as a member of the bands of John Mayall, Bonnie Raitt, Bob Seger, Jackson Browne, Roger McGuinn and many other R&R Hall of Fame artists. He is probably best known as an official member of Fleetwood Mac from 1987 to 1991 and again as the frontman for the Mick Fleetwood Blues Band. He has had eight solo CD's and two DVD's released as well as the "Blue Again" CD/DVD with Fleetwood which also featured his material.

Great strings! Highly recommended! Get u some today!