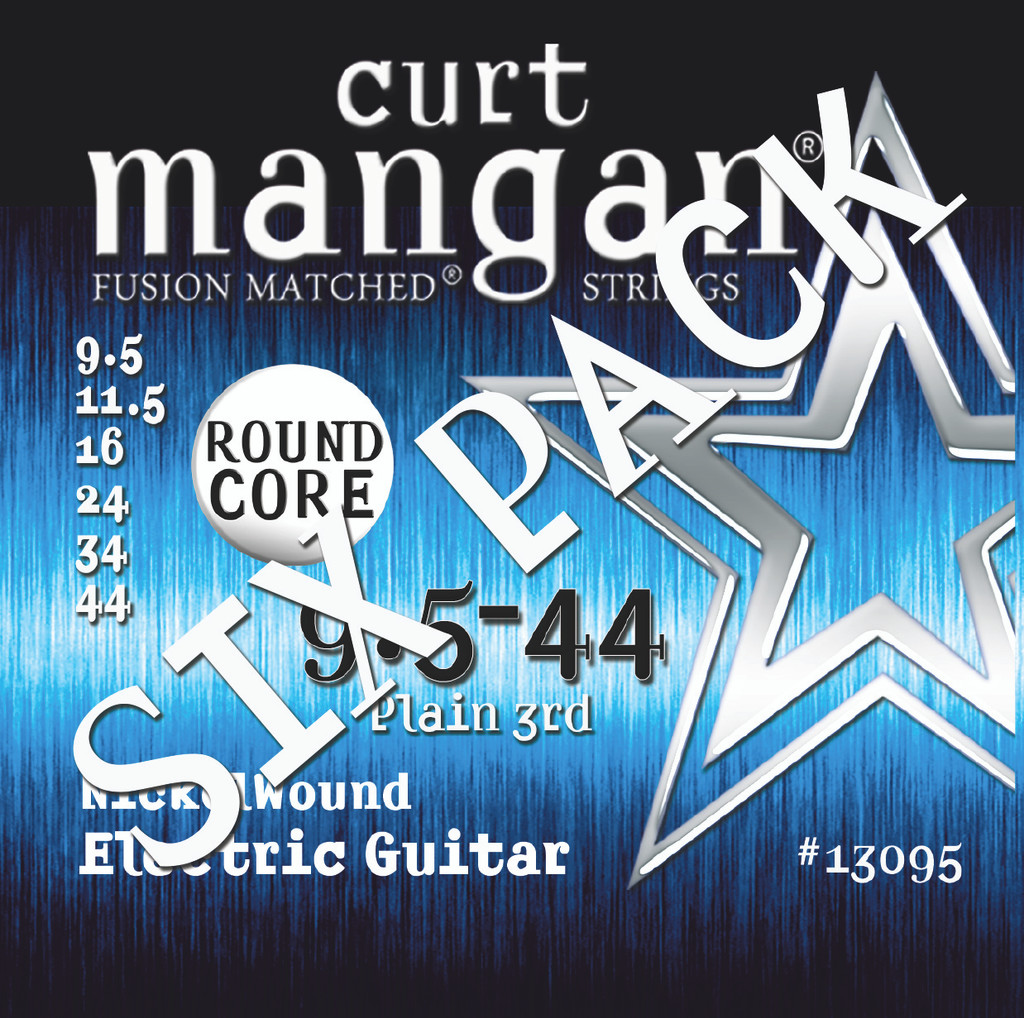 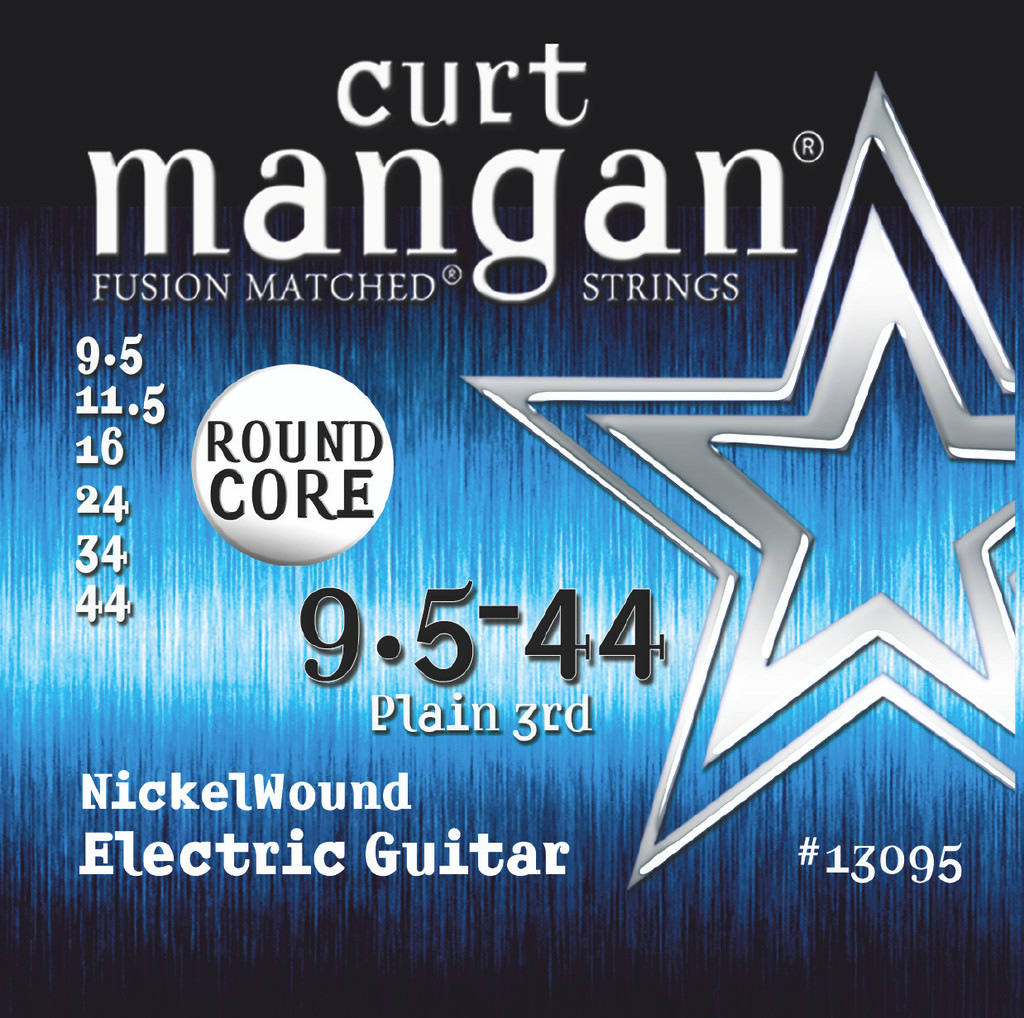 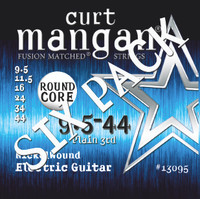 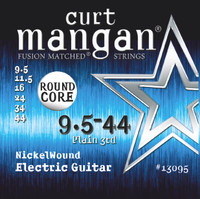 Nickel Wound strings are created by wrapping Nickel-Plated Steel alloys around a hex-shaped core wire which is made from tin-plated high-carbon steel (same as plain strings, but hex-shaped). The core-to-wrap ratio is the combined diameters of the core wire and the wrap wire which creates the overall diameter of the string.

The sound and feel of these are great. Favorite set of strings I’ve played so far. Will put these on all of my guitars.

One of the very few fringe benefits of all this pandemic Quarantine time has been lots of time to play guitar and play with gear. Bought some new pedals, learned a lot more about signal paths and how it affects sound, and did a deep dive into string manufacturers and personal preference. I came into the year without a lot of strong preferences about string styles and manufacturers. I recognized Mangan strings as a quality string, but didn&#039;t give a lot of thought to pros and cons compared to D&#039;Addario, GHS, and Pyramid (was never an Ernie Ball guy). Normally, March 2019 - March 2020, I would have gone through 8-10 sets of strings. I&#039;ve typically been a 6-8 week string change guy. In this weirder than heck year, as I filled a lot of down time with my string preference project (and became &quot;roadie material&quot; in how well and quickly I now change my strings), I&#039;ve gone through 35-40 sets of strings -- changing them every 10-14 days -- not because they needed to be changed, but because I&#039;ve been comparing nonstop. My entirely subjective findings (all on my dual humbucker equipped Terry McInturff Polaris Pro -- solid body slab, somewhat similar to an SG)? Across all string types, the Curt Mangan wound strings felt more substantial and alive than other brands. The plain strings were largely the same, other than D&#039;Addario&#039;s NYXL line and German made Pyramid. Learned that I absolutely prefer the slinky feel of Round Core vs Hex Core, plus the tone is subjectively different (better to my ears), especially with bending and vibrato. Also learned that for my guitar and rig, Round Core with Nickel Plated Steel winds was far preferable to Pure Nickel. I wanted to like the Vintage Pure Nickel sound, but they were just a touch too dark and mellow for my guitar/amp -- would think they could be wonderful to tone down single coil pups though! The Round Core coupled with Nickel Plated Steel windings simply hit the sweetspot for me. Finally, Curt and company are incredibly flexible about tailoring their sets to your preferred gauges. I learned I really like a 9.5 based set -- coming down after a lifetime of being a 10 guy, but feeling like 9s were too loose for my style -- and their 9.5 - 44 set was just about perfect for me. Their custom sets (available with packs of 4 or more -- ridiculously good that they&#039;d do custom on that small an order) would let me dial it in to my preferences perfectly. In my case, I left well enough alone, but bought a few extra 12s for the B string (so sometimes staying with the supplied 11.5, but sometimes going with a touch mor substantial 12). Loooooong story definitely still long ... can&#039;t say enough about the quality, variety, and professionalism of the Mangan team. They&#039;ve been great to deal with it. I&#039;ll play a competitor&#039;s set here or there (because that&#039;s what guitar players do), but Curt Mangan strings are my preferred brand. I&#039;ve turned a few buds on them too -- including a couple of professionals -- and they&#039;ve all been impressed as well. Side-by-side them, people. Your fingers and ears will thank you.

I use a Telecaster though a Deluxe in bars to play classic rock and country. Emphasis on music with a little bar-b-que grease dripping down it&#039;s arm. I&#039;ve always been an off the shelf string guy, though I try exotic stuff regularly just to see. My go to for years has been Ernie Ball Regular Slinky 10-46. Curt Mangan came to my attention because Bill Kirchen plays Mangans. I wonder which ones? Anyway, I checked out a set of Curt Mangans equivalent to E.B. slinkys, 10-46 Nickel Wound which have the industry standard hex core and in A/B tests they always sound significantly better to me. Enough so that I&#039;m happy to pay a little extra for them and get them by mail. For several years, now. I&#039;ve been experimenting with Nickel wound hex core guages 9, 9.5 and 10 and debating the trade offs and decided to try some 9.5 round cores. My oh my. These things play so much looser and sound so much greaseier on the wound strings it&#039;s pretty amazing to me. I wanna be able to get from from twangy surfy old country to AC/DC and ZZ. These guys just fit right in there. I&#039;ve read that the increased mass and contact of the inner core with the outer windings makes them generate a little more output into the pickups while feeling softer to bend. I suspect I could move back up to tens and get all the benefits of both worlds. They are a little less bright but also a little bigger sounding all around. I love them for slow, low note surfy bendy stuff. They sound great through all my dirt pedals. They are for sure my new go to. Any electric guitar music recorded before the mid seventies was recorded using round core strings. I find it really makes a difference in tone. Subtle but awesome. Also, my wound D string and my unwound G string are much better balanced volume wise. I&#039;m really picky about the little things. At the same time, I feel like I can pretty much make anything work. I find Mangans to be my favorite string by enough to make them well worth the difference. For me, the round core takes it pretty far over the top. I absolutely recommend checking out a set in your preferred gauge.